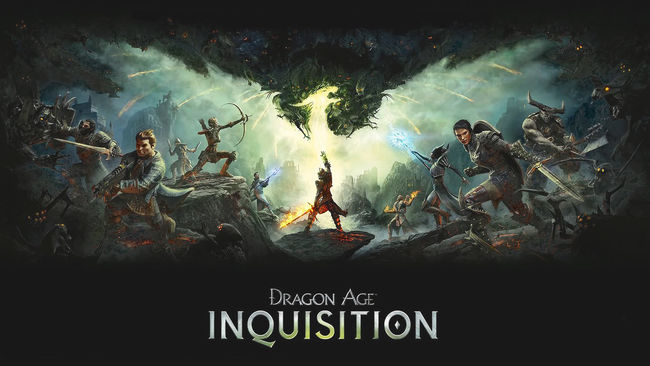 Dragon Age Inquisition is a Fantasy RPG (Role-Playing game) developed by BioWare. It was released on 18 November 2014. It is the latest title of the Dragon Age series.

Dragon Age is a game with beautiful stunning graphics where you get to pick a character, specifically male or a female. You get to customize your character as you wish. You can select and modify the face, pick an outfit, pick a class where you teach your character stuff like magic, spirits and a whole bunch of fantasy stuff.

The game takes up to 26 GB of space when it is installed on Windows system. The minimum requirement to run the game is having a CPU speed of about 2.5 GHz, with 2 GB RAM and Windows 7/8.1.

Although, it is a huge game with an open world environment, there are not many bugs and glitches in the game. You will experience a lot fewer bugs in Dragon Age as compared to any other game. This makes the game experience more seamless.

As compared to PC, the Xbox version has lesser bugs. The Xbox version has quite different bugs. There are weird shudders and ticks at the borders of non-player characters that get zoomed in automatically, annoying textures that pop up on the screen and missing menu option that would occasionally crash your game and will force you to start the game again.

The sound effects are totally messed up. Seldom the game would have a glitch during a conversation and no sound would be played.

Takes Over 100 Hours To Complete:

It may look like the game may get finished in 60-70 hours but it actually takes up to 100 hours to complete it. You can’t rush through the mission and story line in Dragon Age Disquisition. The game slows down your progress by making you complete all the objectives to pass on to the next mission. Map regions are locked until you finish the side missions. It halts your progress tremendously. The game demands to be that you take your time to play it, to think, and to strategize.

Story Continued From The Previous Titles:

As the storyline is continued from the previous titles, you need to play the other two games if you want to get accustomed to this game. Dragon Age is based on lore, characters, and folk which build the backstory of the game.
To play Inquisition, you need to know all the characters from the previous titles as you might get lost without this information.

Inquisition focuses on politics too. Specifically, the civil war which is raging in the village the nation next door, to the Origins of the nation. There are a few new features added to the game. The User Interface has been reworked and updated. The models have been updated too.

A few twists have been added to this latest titles. Players who have finished the previous titles will also have to brush up their skills on mysticism and combat.

To use them, you just need to open the console window, enter your desired cheat and press Enter to activate it.

Note: Make sure you backup all your game files before you start altering with game data. Do not enter too many cheats at once as it may result in crashing the game and you may end up losing your saved progress in the game.

Dragon Age Inquisition is an amazing game with some pretty neat graphics. The graphics are absolutely stunning with great background score. If you are a fan of RPG and open world games, then this game will not disappoint you. The game is worth every penny.

Even if you haven’t played the previous titles of the series, you can play this game having no impact on it. There are also many trainers available on the internet which you can use to get better at the game. The game is really fun and it gives you more pleasure when you start using cheats. The game has a lot of positive reviews on the internet by some reputable individuals.

Make sure you at least give this game a try!